Shake it up baby- the UNR Earthquake Engineering Laboratory

The 2013 completion of the University of Nevada Reno Earthquake Engineering Laboratory, housing one of the worlds largest shake table experiential floors,  is the culmination of years of… waiting.  It isn’t that nothing happened while the waiting was going on… it’s just that the waiting dominated all the other activities.

The lab system, mostly developed by professors Bruce Douglas and M. “Saiid” Saiidi, allowed for a very adaptable configuration of  experiments using a perforated strong  floor and large (4’x4’x8’) concrete reaction blocks that could be anchored to the floor using high-strength rods.  Similar to peg boards used for storage, the system allowed experiments and hydraulic rams to be placed in a variety of locations. A young whipper-snapper engineer, George Ghusn, had just started working with Mike and was assigned the design of the lab floor.

The design worked well and in 1997, BJG designed a 50-foot expansion of the lab – resulting in a lab 50 x 150.  Over time the lab had become home to three large 2-dimensional shake tables which allowed large models of structures or structural elements to be exposed to realistic earthquake accelerations. After 1997, the lab continued to prosper and was booked solid for months in advance. The lab’s size meant only so much work could be done at any given time; in many cases work had  to be turned away. In addition, the shake tables filled the lab and reduced space for other tests and experiments.  A new, larger  lab was needed to keep up with demand.

In 2001, BJG was selected after an interview process to design the new lab building. Everyone agreed it was needed, was a good idea, and had significant economic benefits to the University and, indeed, the state. However, no one had any actual money to either design or build the lab. BJG worked with the College of Engineering, the Civil and Environmental Engineering Department, and most importantly, the Center for Civil Engineering Earthquake Research and its director, Dr. Ian Buckle.  Many funding opportunities were pursued but no success. It turns out there is a fair amount of money available for research but virtually none for the facilities needed to perform the research.

As the design of the lab proceeded, a certain amount of scope creep developed –after all this was the one shot for a new facility for years to come. The basement was extended to provide additional small-scale lab space. The roof was raised to add hook height to the two, 30 ton bridge cranes – and an additional floor was slipped in to provide graduate student cubicles.   Two, fixed “strong-walls”, each four feet thick with serious reinforcing steel (#14 @12), were added to provide anchorage for smaller experiments within the lab as well as potentially outside the lab building.

When Phase II was bid, it was over the budget. However, the low bid contractor, Clark & Sullivan, was allowed to work with BJG to “value-engineer” the building into budget. In a period of six weeks, hundreds of ideas were vetted and the viable ones implemented into the drawings.  Functional items were preserved and optional items were reviewed for necessity and cost savings.  The VE effort allowed the project to proceed and the building was officially  completed in  September 2013.

BJG is proud to have been able to design this fine project.

The lab’s history starts back in 1988 or so with the first lab building of which only a part is a structures testing laboratory.  Mike Blakely, the “B” in BJG, was the structural engineer for the original lab building which included a 50’ x 100’ structures lab. 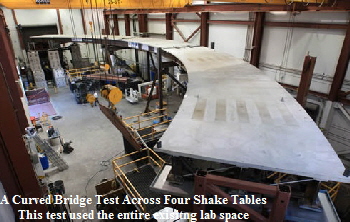 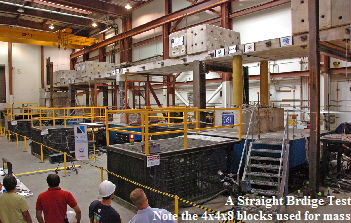 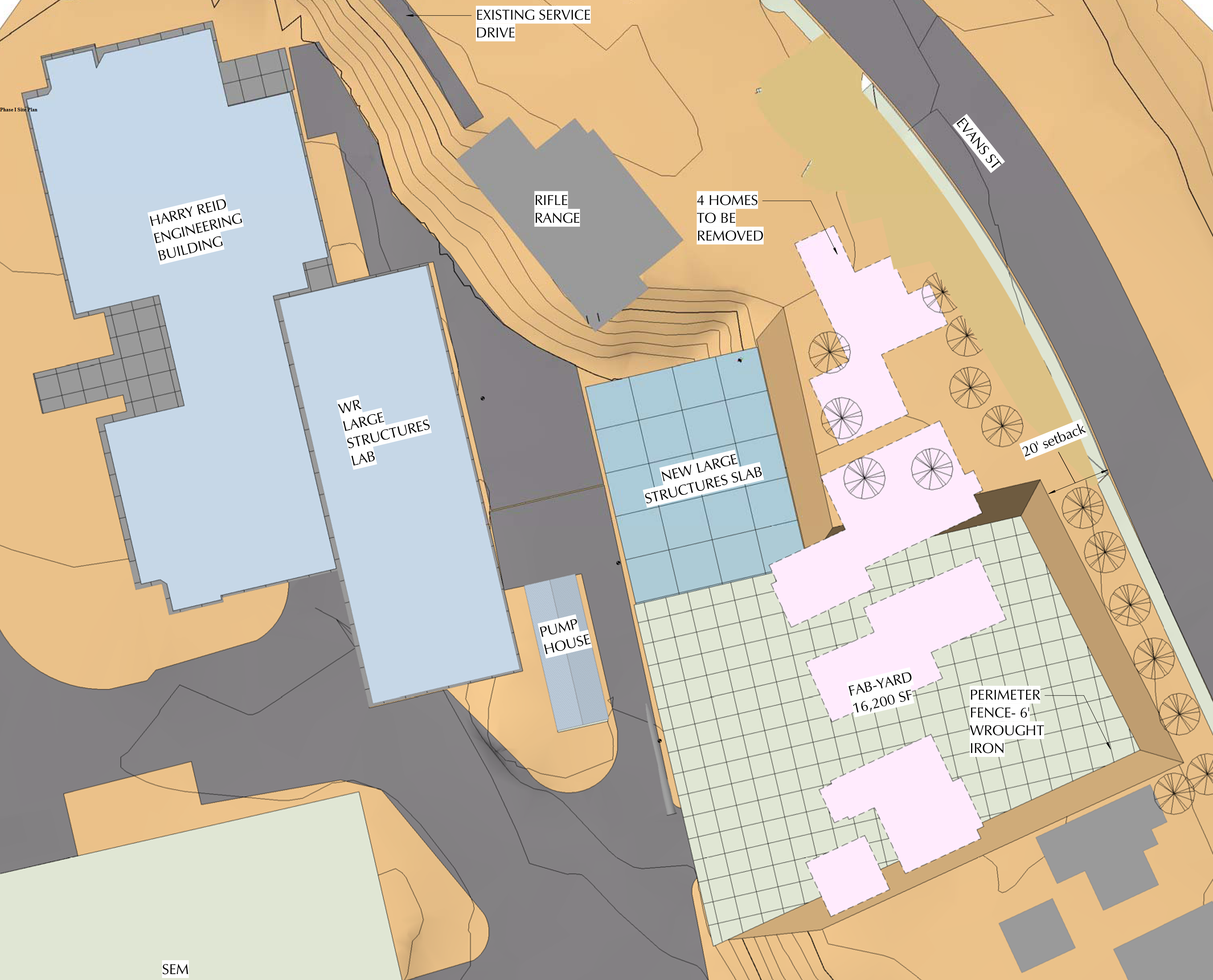 In 2010, Dr. Buckle was awarded grants that could be used for a portion of the lab – so BJG was assigned to design  ½ of the new lab floor (60’x 80’) as an outdoor facility that could, someday, be expanded and a lid placed on it. During the design of this Phase, The National Institute of Standards and Technology announced a competitive program to fund research laboratories. The UNR Earthquake Engineering Laboratory project was one of just five funded in a second round out of more than 150 applicants. Thus the project’s second phase was funded – just as the first phase was in the middle of construction. BJG had to quickly amend Phase I for the immediate addition of Phase II – something we thought would be years (if not decades) away,  was now just a few months away. 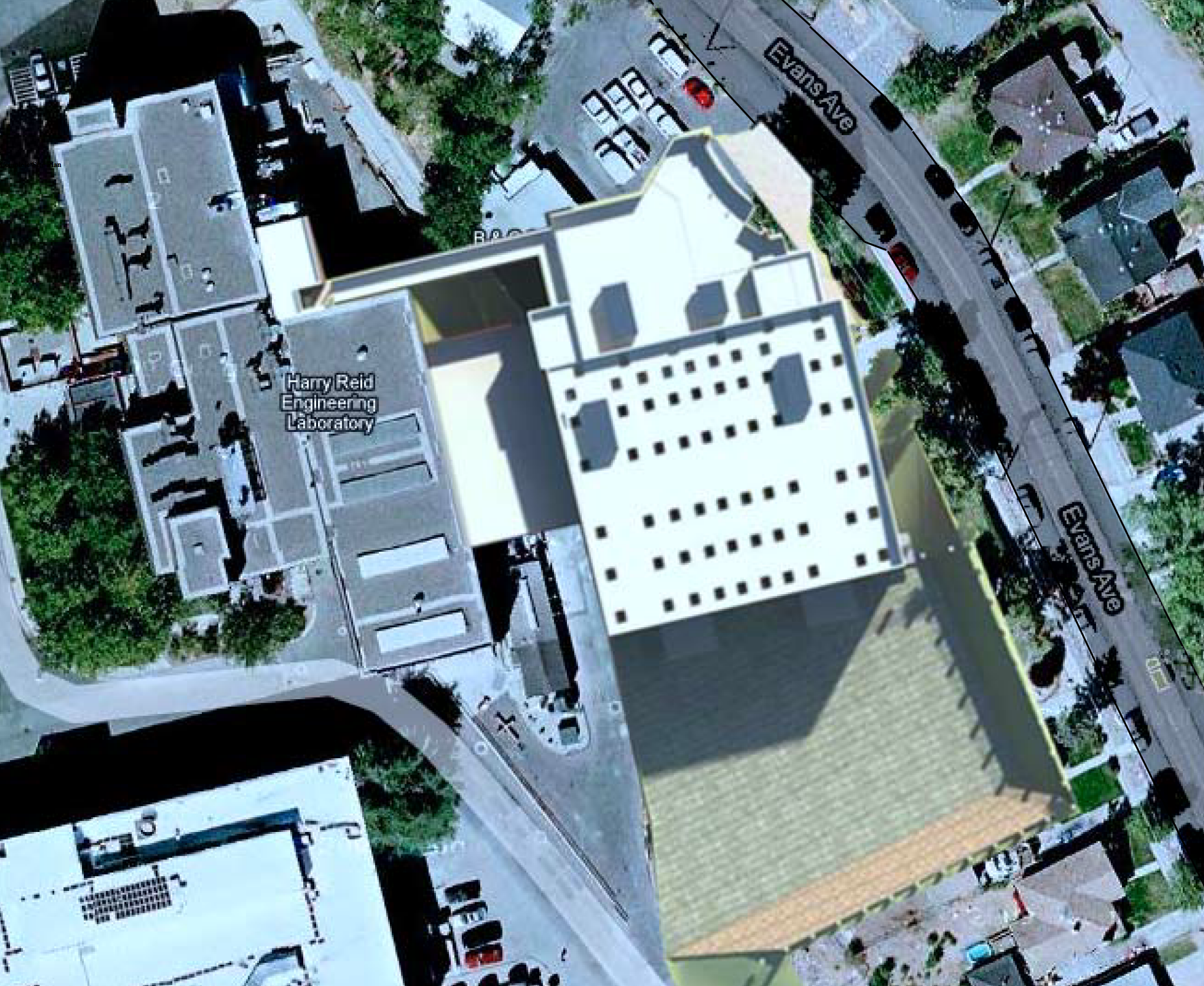 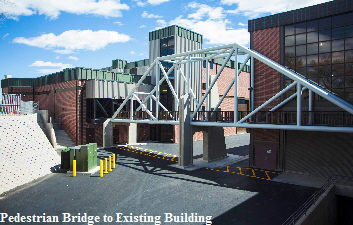 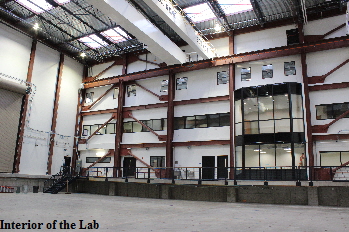 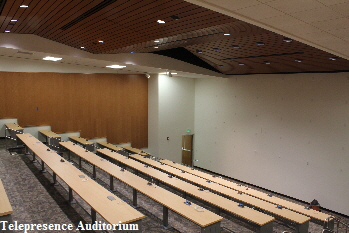